At the beginning of August we spent a week in a kiwi family in a little city called Matamata. A few years ago this city, where 7600 people are living, was just a quiet city in the countryside and people’s lives were mostly about the milky industry. Today, Matamata is a touristic city where it is possible to visit Hobbiton, one of the filming places of the Lord of the rings movie.

Welcome to the Shire

In 1998, Peter Jackson was looking for a place to roll the scenes of the movie which are taking place in the Shire, New Zealand. So he decided to flight over his native country in order to find the right place. He found it just near Matamata in the Alexander’s farm. The Alexander family accepted so the construction of the Shire began during March 1999. At the end of the roll of the three movies, everything was torn down. Consequently, when Peter Jackson decided to make The Hobbit everything had to be rebuilt. But this time it was decided that everything will stay the same way after the shooting so that the Shire will become a touristic attraction. The reconstruction started in 2009 and carried on during 2 years.

Being in Matamata was our chance to discover the Shire, so we jumped on the opportunity.

We wanted to discover the middle earth. Before booking we called in order to know if the visit is possible in a wheelchair. The answer is simple : there is absolutely no problem. I will be driven in a golf car during all the tour.

So here we are in Hobbiton! Everything is exactly the same as in the movies: the shire is a peaceful and warm place. A real city for hobbits! Everything is so cute! Everything is made to make the visitor feeling in total immersion in the movies. There 40 hobbits’ houses, the little bridge, a vegetable garden, some small clothes on washing lines… Everything! There is even some smoke in the chimney! 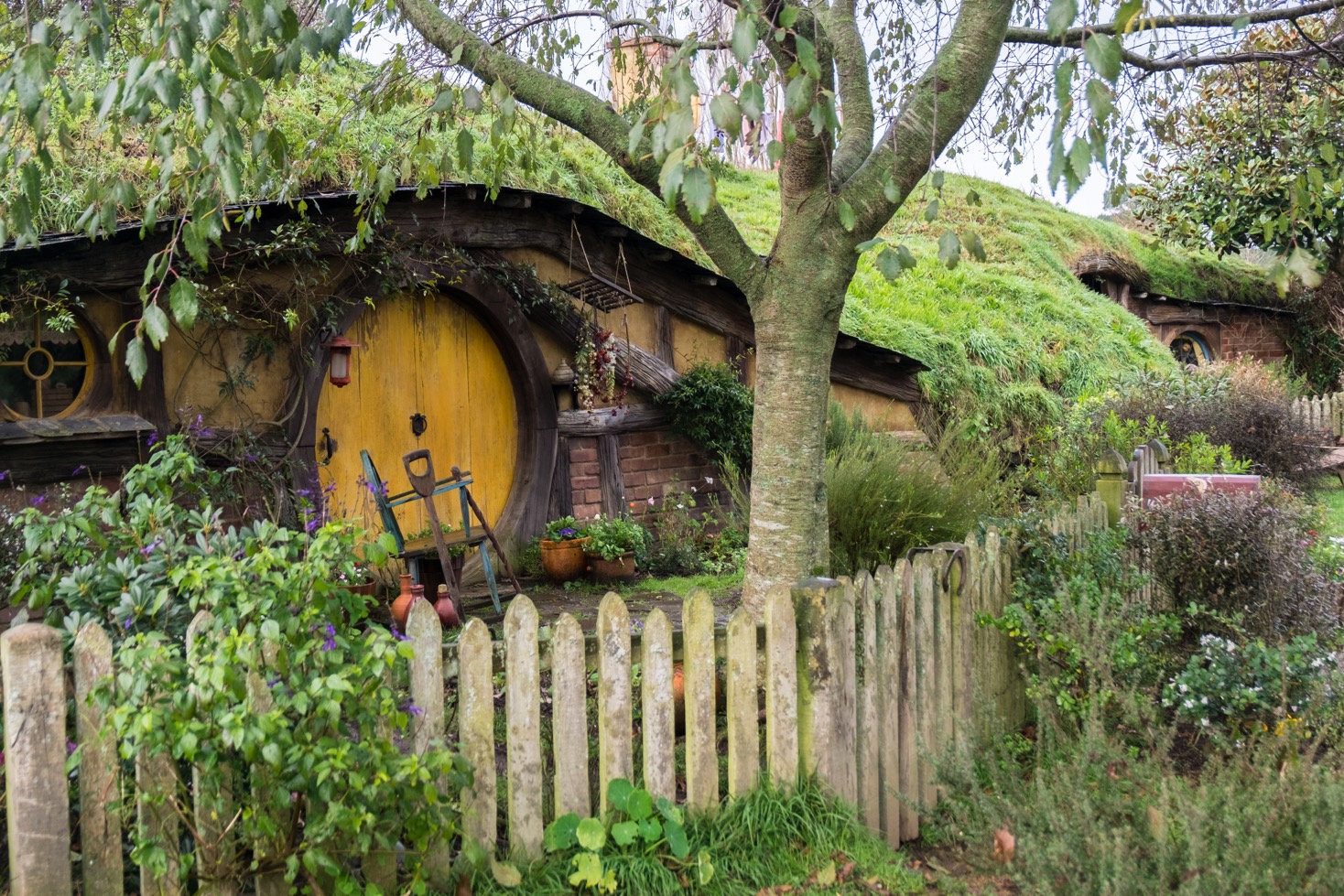 Entrance only for hairy feet persons!

Hobitton really gives the feeling of this smalls folks’ lives. In front of every house there are many different objects allowing the visitor to guess what is the job of the hobbit living here. Fishing, cooking or pottery equipments: for each house its tools. The guide explains us that the higher the hobbits live the richer they are. It’s quite like in the real life! Bilbo Baggins’ house is at the top of Hobbiton. 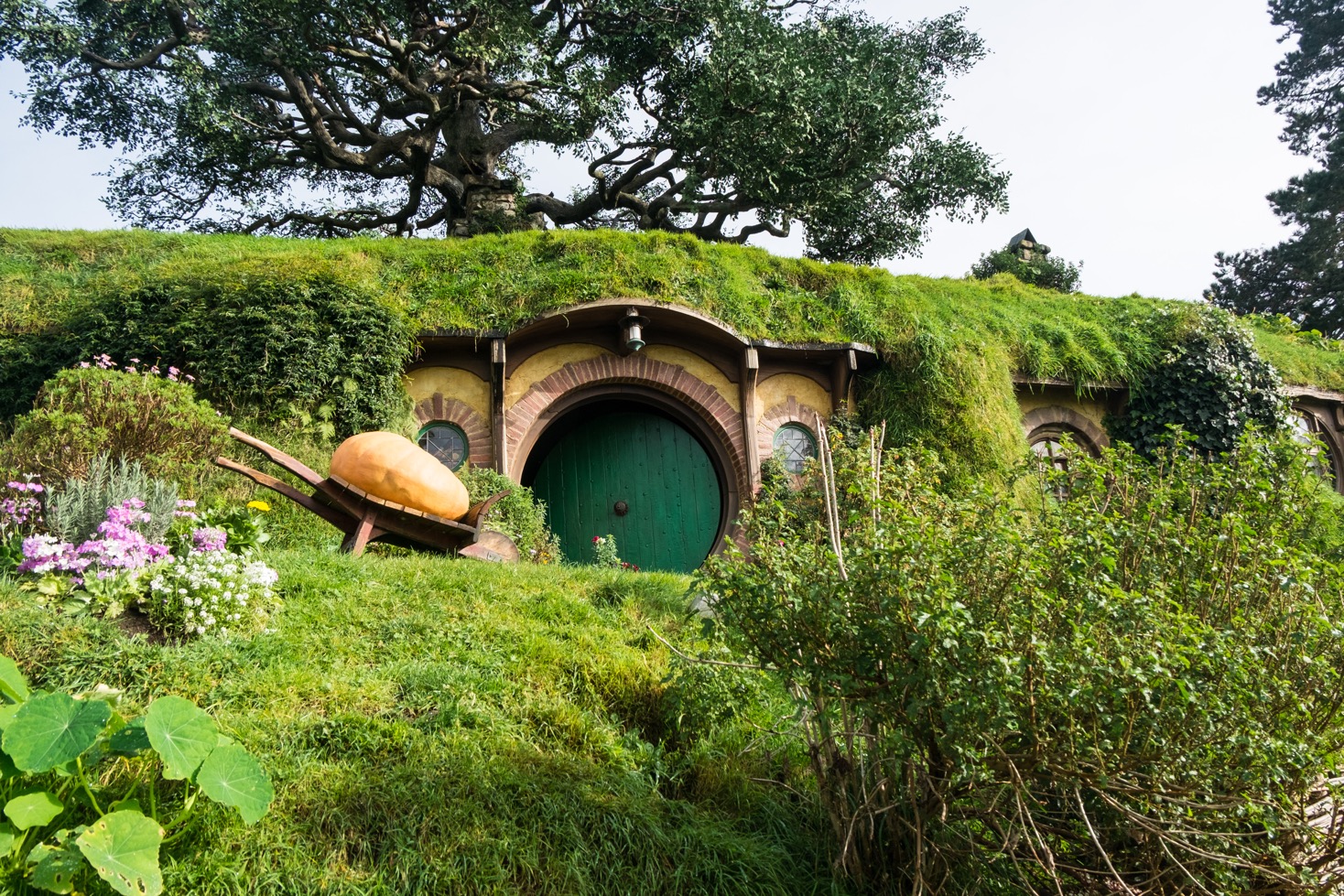 The houses were built in different sizes on purpose in order to give different feelings of size depending on the scenes. This way Ian McKellen, personifying Gandalf, was often filmed in front of very littles houses as his character is taller than a hobbit. Do you remember the scene in which Gandalf bang his head against a house entrance ? Well, this was not in the script, it was an accident and Peter Jackson chose to keep it in the movie. 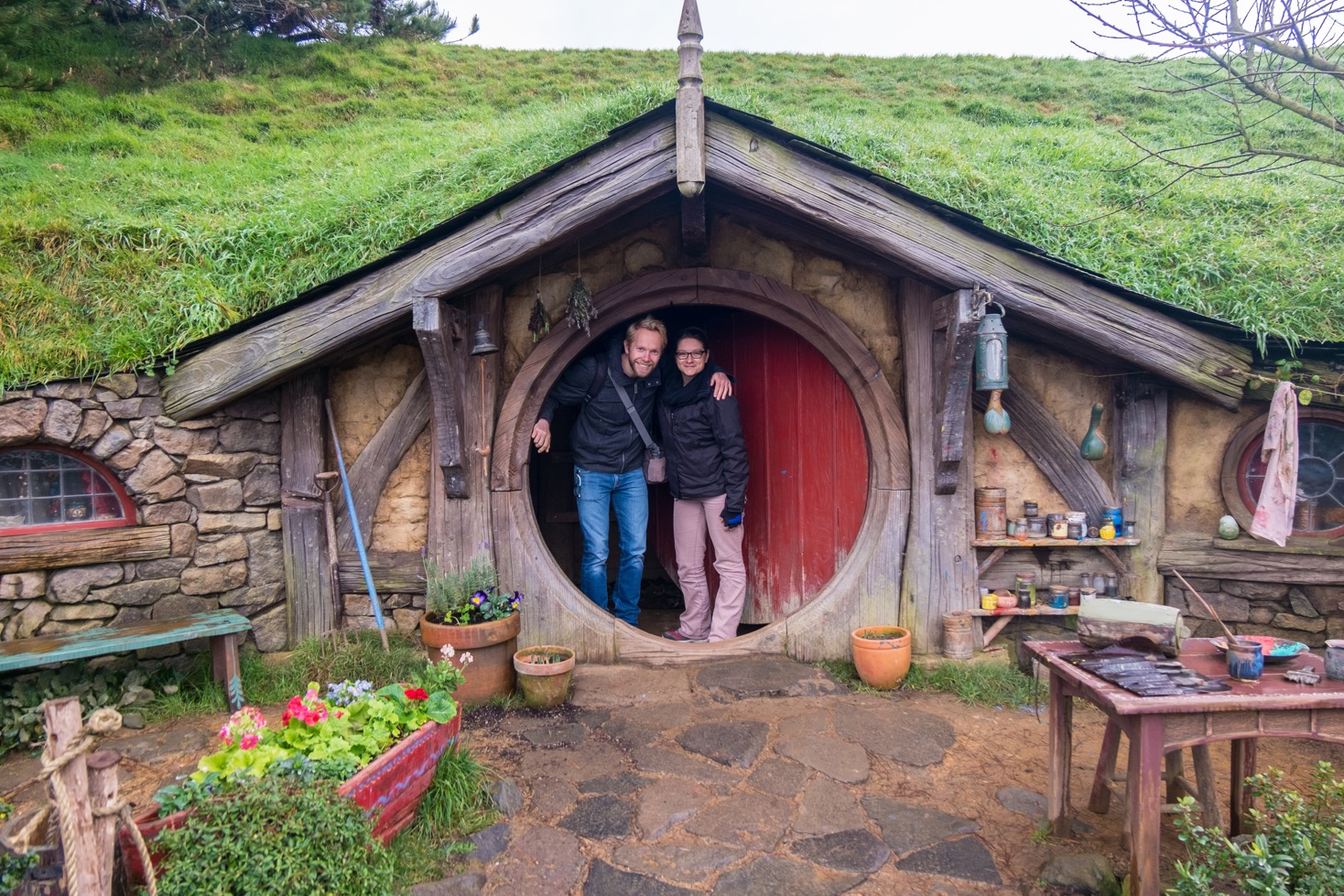 Surprise, we bought a house in New Zealand!

I am sure you want another story about Bilbo’s house. Just above the house there is a beautiful tree overlooking at Bag End. During the initial built of the Shire, in 1998, Peter Jackson crew cut a tree in another place in Matamata to replant it in the Shire. During the reconstruction the team needed to find a younger tree because the Hobbit’s story is supposed to happen before The Lord of the rings. Peter Jackson decided to create an artificial tree. So the one we can see today in Hobbiton is a fake made of steel and silicon. The director asked his team to get artificial leaves from Taiwan to set them to the tree one by one. I really liked to hear this stories during the visit. Strolling in that place was so nice and discovering those details enabled me to picture more easily the shooting conditions. There is still a lot of others anecdotes to tell but I let you discover them when you will come to the shire! 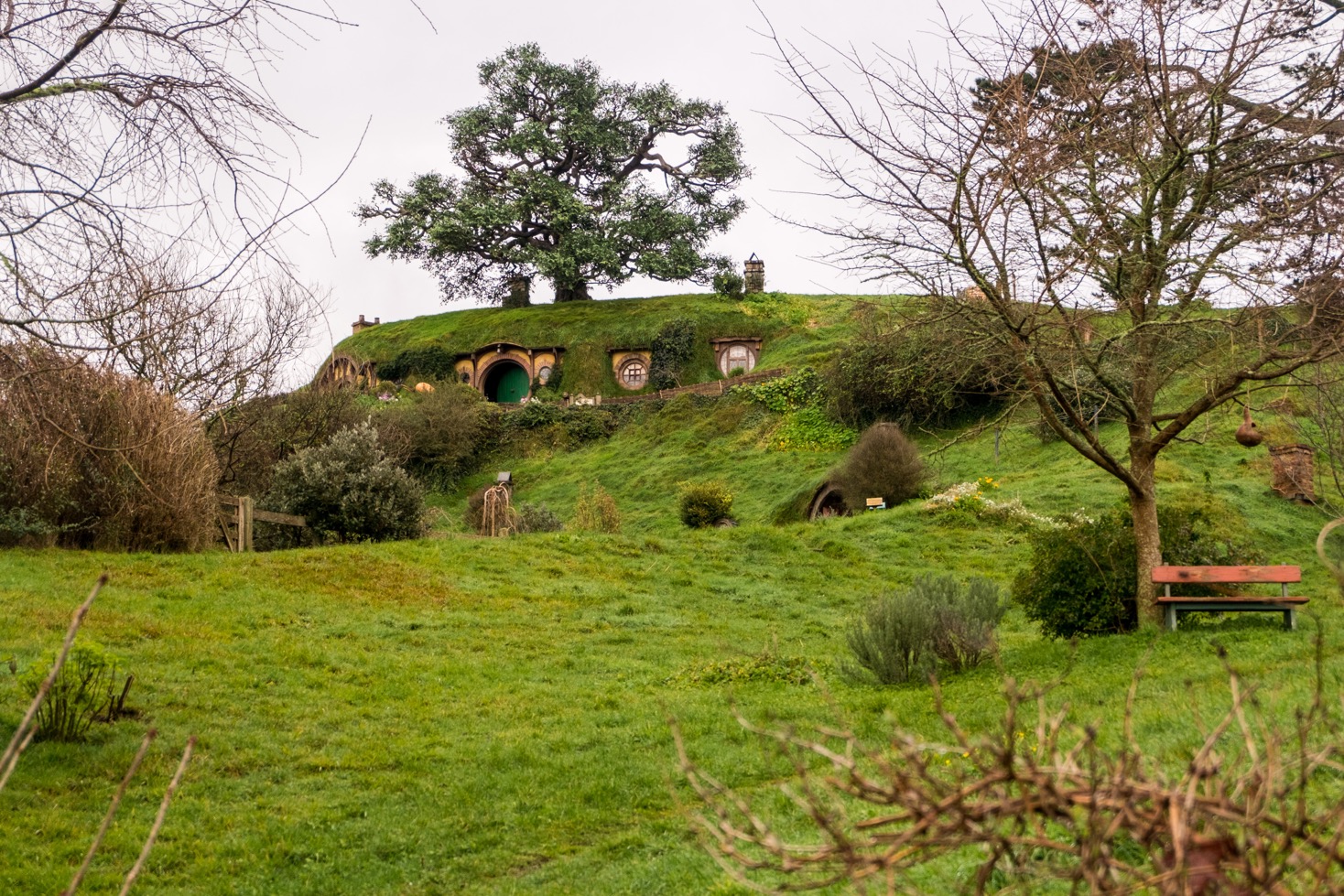 Before coming back to the humans’ world, we made a final stop at the « Green Dragon », the hobbits’ inn. Drinking a good beer specially prepared for the little and hairy guys at 10am? Just perfect! The decoration is really cool, I can easily imagine being in the hobbit’s scenes! It just lacks some dwarfs to liven things up! 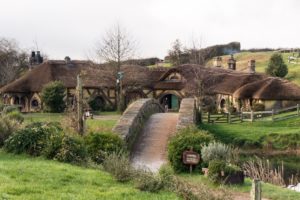 Keen on drinking a beer at the « Green Dragon »?

It is already over. It was enjoyable to walk in this scenery and to imagine Gandalf the Grey just near in his wain and Bilbo smoking his pipe… That’s clever, now I want to watch the movies and I am obviously listening at the soundtrack while I am writing this article!

Regarding accessibility, there is no problem at all. As we planed it by phone, I visited Hobbiton in a golf car with my personal guide who was telling me exactly the same stories than the others guide for the group. Moreover, that way, I was able to ask as much questions as I wanted. However, it is really important to book in advance and to let them know that you have a disability because this is very touristic and it seems that there is only one golf car. 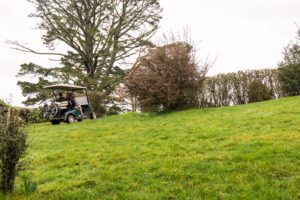 Sauron is coming… Let’s run away!

You want to travel all around New Zealand? Find many ideas of awesome destinations like Sydney, Melbourne and Perth in Australia.

How To Apply Australia Visa at Home With Only RM20?

How To Take Filipino Wife To Australia?