Firstly, let me say that Australians don’t speak British English. In Aussie English (Aussie- Australian), there are hundreds of slang expressions and different sayings that it would be impossible to explain them all in this post. Since living away from Australia, I have noticed many other foreigners, especially Americans, find some of the common words I use different, and in some cases funny.

Here are some of the common everyday Australian words and sayings.

In Australia everyone is your mate.

“Mate” is a way to say friend or colleague in Australian English. It has become a iconic expression for Australia and is used with people you don’t even know.

Mate is a synonym for partner, or someone you share something with. Other terms with mate include; workmate, schoolmate, classmate, housemate

What do you reckon? / Whaddaya rekon?

This expression means “What do you think?” reckon = think

Although this phrase is used in other types of English, Australians tend to use this term on a frequent basis.

Youse is one of the biggest grammar mistakes made by Australians on a daily basis. This word is used so commonly that most people don’t even know that it’s incorrect.

In Australian English “youse” is used as the plural form of “you.” The correct plural of you is you. In other places people have a tendency to say you guys or you all/ya’ll.

“What are youse looking at?”
“I haven’t  seen youse around, are you lost or something?”

This one is also big in British English, but I believe the Australians definitely use is more often.
No worries is a way to say you’re welcome or no problem.

“Hey thanks for helping me out mate.” “No worries!”

I know you’re probably thinking that people say cheers all over the world as a way of celebrating before you drink a beer, but in Australian English it is used to say thank you. It’s also used when you say goodbye to someone in an informal way.

-“Here are those TPS reports you asked for Bob.”
“-Ahh, cheers mate!”

The word keen means to be eager, excited or interested in something.
In Australia we use this to ask friends to join us in doing something or to get people excited about something.

“Hey there’s going to be a John Butler show tonight, are youse keen?”

Heaps is used as a quantifier  just like a lot of. A lot of people / Heaps of people

In Australian informal English, we use the expression “heaps good” to say that something is or was really good.

“How was the show last night?” “It was heaps good!”
“Were there many people there?” “Yeah, heaps!”

Both of these terms are used in the same way to celebrate or to show excitement about something.  Even though we use the word beauty, these expressions are never used to express beauty.

-“The Wallabies just beat the All blacks!” “You little ripperrrrrr!!!
– “You little beauty!! There’s going to be a holiday next Friday, that means we get a ling weekend.”

*The Wallabies are the Australian Rugby team, the Allblacks are from New Zealand (Australia’s rival).

Most other cultures and countries haven’t really got a good idea of what real Australian English is unless they have actually been there. A lot of the time when I meet people from the U.S.A., or even people from here in Brazil where I live, they often wonder why I don’t speak like The Crocodile Hunter, “Steve Irwin,” or  Crocodile Dundee “Paul Hogan.”

Unfortunately, these people don’t realize that the way these awesome guys speak is old fashioned and only common with people from farms and country cities. Some of these older expressions are still used by some people but generally for humorous purposes.

Stereotypical Australians and their Slang

To learn more about Australian expressions, both the common ones and the older stereotypical ones, take a look at this website and start practicing your Aussie lingo (lingo- colloquial language). http://www.goingrank.com.au/glossary.html

Like most other styles of English, whether it be American or British, to perfect the language you need to have a lot of contact with that accent and be exposed to that culture.

If you would like to work on your Australian accent and pick up some common Australian terms, I suggest you look for Australian media online and spend a couple of months watching Australian movies, T.V. series, listen to Australian music.

The ETA Australia is an online electronic travel authority, similar to the United States ESTA, that allows visas for Australia to be issued electronically, eliminating the need to supply paper applications to an embassy.

The majority of foreign passport holders are required to get one type of visa for Australia before traveling to the country, with the exception of New Zealand citizens. The ETA subclass 601 visa is available for citizens of 8 countries online, while citizens of European states can instead apply for the eVisitor (subclass 651) online.

Before applying for ETA, it’s necessary to meet the Australia visa requirements, which involve having a valid passport from an eligible country valid for at least 3 months upon entry to Australia.

How To Take Filipino Wife To Australia?

Applying for a Visa to Australia with Dual Nationality 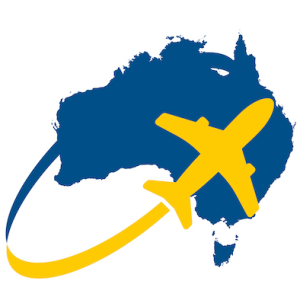